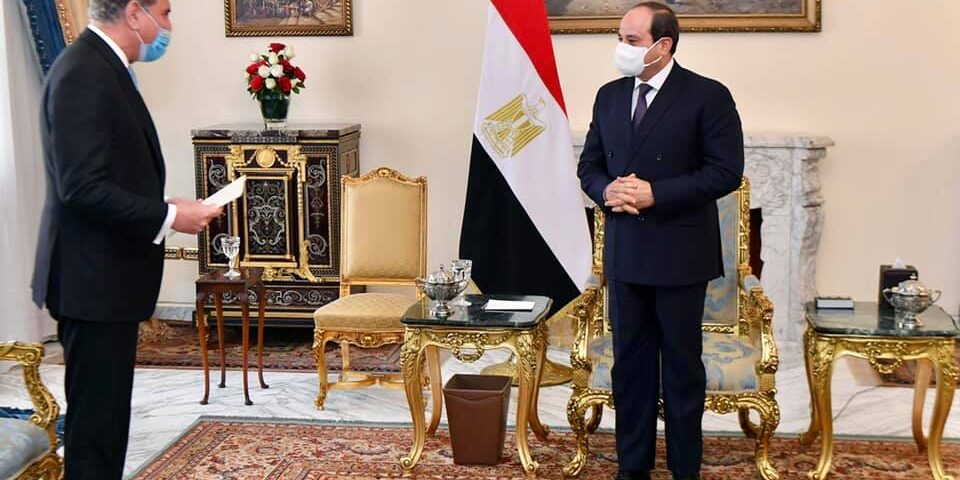 In his meeting with the President, the Foreign Minister conveyed the warm greetings of Prime Minister and invited him to visit Pakistan at his earliest convenience. The President welcomed the invitation and promised to visit at an early date. Referring to the shared vision of Prime Minister Imran Khan and President Sisi, the Foreign Minister emphasized the importance of increased high level visits and economic engagement to translate the shared vision and cordiality into a mutually beneficial partnership.

President Sisi warmly received the Foreign Minister and expressed great appreciation for the leadership and people of Pakistan and hoped that the two important countries can play important role in effectively addressing challenges faced by the Muslim Ummah.

In his interactions during the visit, the Foreign Minister briefed his interlocutors on the humanitarian crisis facing Indian Illegally Occupied Jammu and Kashmir (IIOJK) and the need for the international community to take action to stop the egregious human rights violations of Kashmiris.

Besides official meetings, the Foreign Minister also interacted with leading Egyptian businessmen, Pakistani community, and engaged with the local media.

Pakistan and Egypt enjoy close fraternal relations. The visit of the Foreign Minister would serve as a stepping stone for a stronger and broader partnership.